As a few of my readers might know, I recently finished my batch at the Recurse Center. I’m currently on my flight back from the States. Because of a delayed flight, I found myself in a duty-free shop earlier where I decided to shop my frustration away. Naturally, my eyes were mesmerized by the—embarassingly small—liquor shelves. After toying with the idea of buying a young bottle of Royal Salute—young in this case means their youngest edition, which is 21 years old—I settled for a bottle of one of my go-to bourbons, Woodford Reserve Double Oaked, for reasons of price and availability.

Let me tell you a little bit about Woodford Reserve, because I like their products a lot. I also visited their distillery last March, on the same trip during which I visited the Jeptha Creed distillery, an experience about which I blogged before.

Damn old, yet so new

Woodford's distillery stands on one of the oldest distilling sites in Kentucky—bourbon distillation started in 1780. One of the more interesting historical tidbits on the Whiskey is that Dr. James Crow of sour mash—and, sadly, “Old Crow”—fame worked there in the early 19th century. The history on site is palpable: all of the buildings, from the actual distillery to the warehouses and bottling plant, are actually pretty old. The site is charmingly pretty, even if it feels manicured. 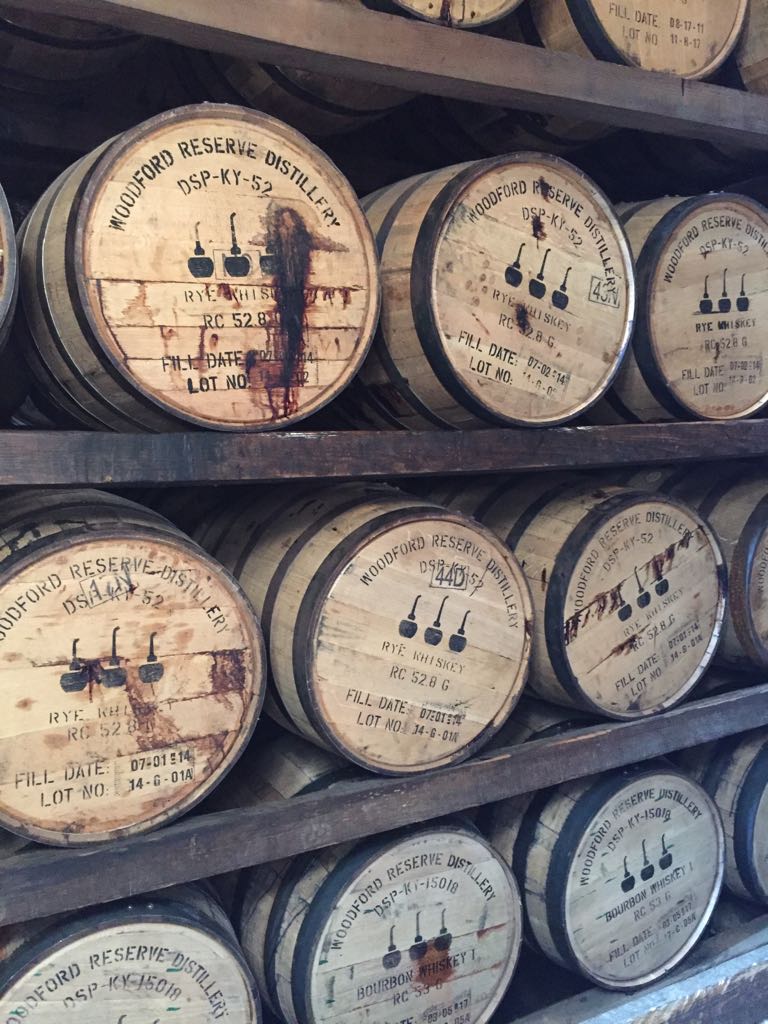 The interesting part about the whiskey from this distillery is that it doesn’t taste old, despite all of the heritage. It is a fresh-tasting spirit with a distinctly unique taste and feel. Of course the explanation for this is as simple as the explanation for why most bourbon production is currently in a weird place: bourbon fell from consumers' grace for most of the second half of the 20th century, and production stopped in 1971. Only in the 90s did the same corporation that abandoned the product repurchase the property and start anew.

A spirit of horses and farms

I came to Woodford through my partner, who is much more well-versed in the world of bourbon than I am.1 I never bought into the—mostly uninformed—snobbery that surrounds whiskey in Europe, especially the “old guard” parts that scoff at bourbon without having tried it. But it’s somewhat hard to find Germans who are excited about bourbon, especially people my age, so it took a US-American for me to really get into it.

Woodford Reserve was among the first that I sampled, and I immediately fell in love. It’s now the bourbon I serve friends and family who claim not to like bourbon, and it turns out a lot of them actually enjoy it. It’s a sweet and rich bourbon, with a lot of caramel and toffee, so that might help—but let’s not get ahead of ourselves with the tasting notes.

Let’s talk about the distillery itself. Brown-Forman really goes all in with the craft aspect of the drink, starting with the distillery: a beautiful estate by a river, with old production facilities. The tour sends you through the still house—seen in Figure 2—, a gorgeous old stone warehouse, and to the bottling line. Woodford Thoroughbreds is about half a mile away, and you can practically feel the horses’ presence while sauntering from one historically rich facility to the next. 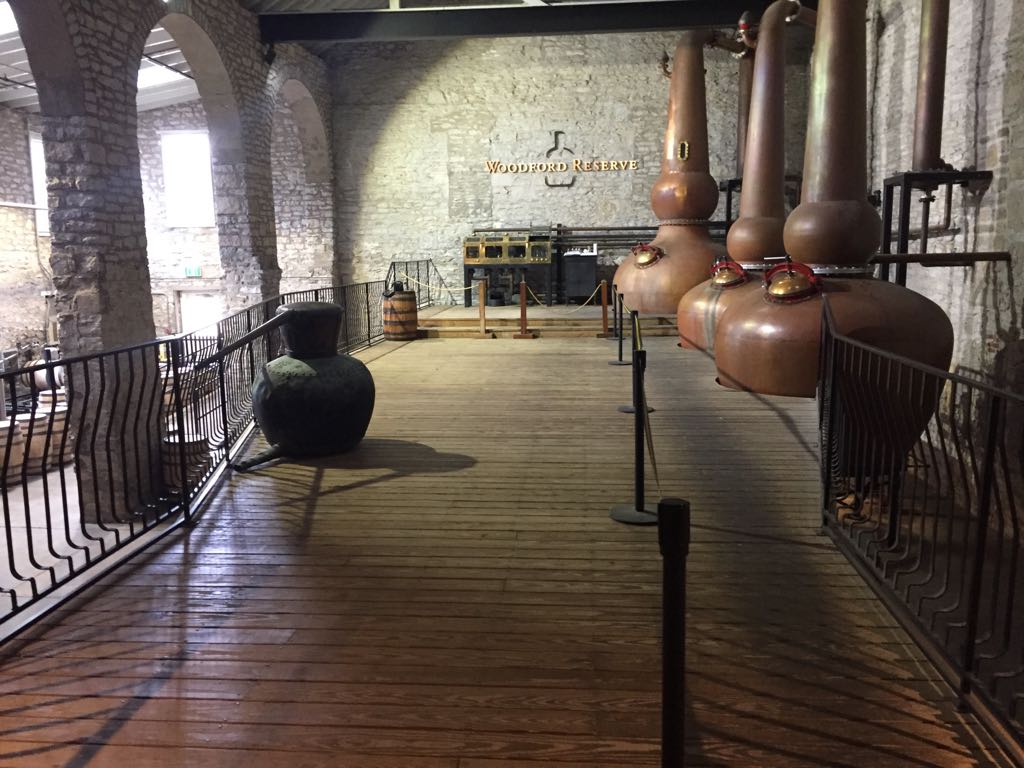 Fig. 2: The still house from the inside, manicured to perfection.

While I quite enjoyed seeing the production line, it all looks uncannily shiny. This is not uncommon for distilleries that offer tours—it’s a marketing thing, after all—, but Woodford’s facilities are lavish even compared to the other beauties in the area. This, of course, is no coincidence: as I alluded to earlier, this is a ploy by Brown-Forman: they needed to create a spirit that was able to compete with Maker’s Mark, one of the first craft bourbons that “made it”.2 This isn’t meant to discount the spirit’s quality—it’s a superb piece of craftmanship—, but it’s an interesting lens through which you can view one of Kentucky’s finest liquid products. At which point I should probably introduce you to the real thing.

I will only talk about the Double and Double Double Oaked varieties here, because it’s been some time since I’ve had Distiller’s Select and I can’t recall the finer notes well enough to describe them anymore. 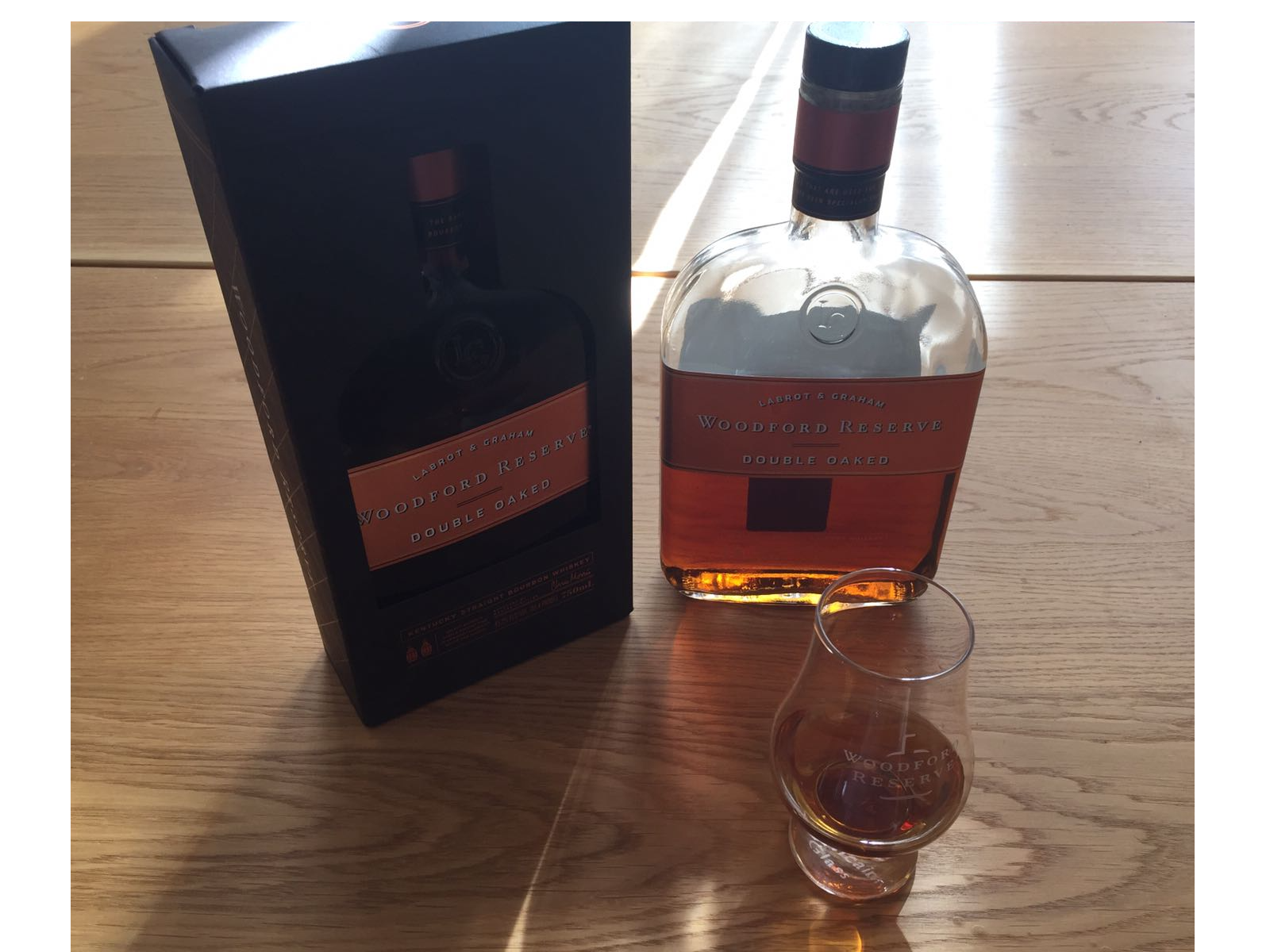 Fig. 3: Woodford Reserve in the carton, bottle, and glass. Yes, I have two bottles and a branded Glencairn at home. Deal with it.

The Double Oaked variety was aged in two different bourbon barrels, finishing the regular Distiller’s Select in a new deeply toasted barrel for another year. Double Double Oaked repeats this process one more time. This leads to a dark and rich spirit.

First, the color. Double Oaked looks like a mix of copper and amber, very much on the dark side of the bourbon continuum. Naturally, Double Double Oaked one-ups its younger companion, with a deep brown color that almost looks as if the wood itself had liquified, sloshing in the glass heavily. 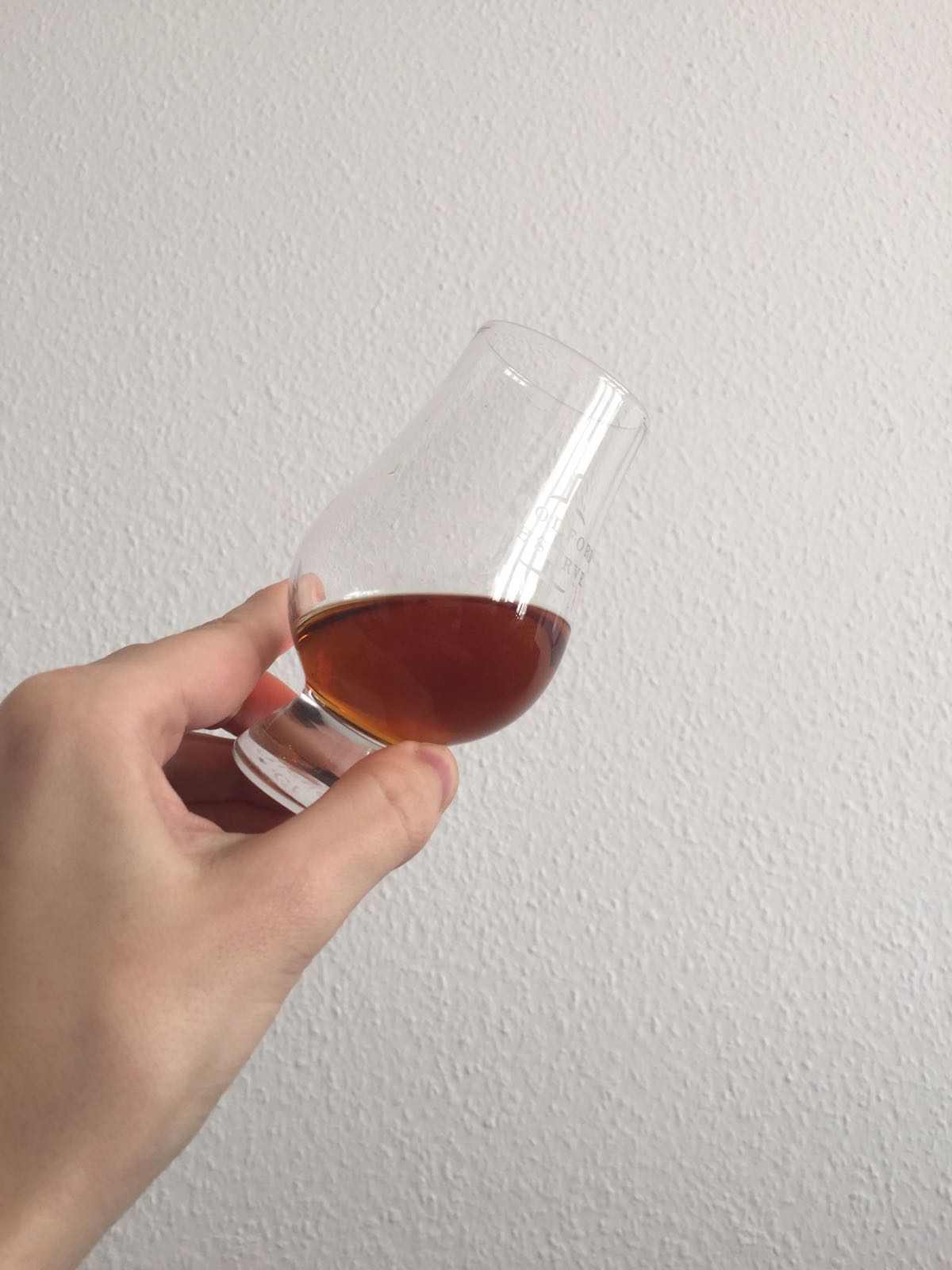 Fig. 4: A glass of Double Oaked against my living room wall. Taken for no good reason.

The nose cashes in on the color's promise: rich caramel and toffee notes, but a surprising wealth of fruits as well, some of them a little synthetic—remember those hard, round bubble gums that tasted like nothing but artificial flavoring? I do, and the Double Oaked is making sure I never forget. There is a lot of oak in there as well, which should come as no surprise—though it isn’t overpowering at any point. A little syrupy and a hint of vanilla.

The Double Double Oaked, however, has a stronger wood profile, with a little burnt caramel and more syrup.

The Double Oaked variety is thick and rich, with oak, vanilla, and caramel being the most dominant players. More subtle, but still present, are leather, grapes, and tobacco. Vanilla, caramel, and oak make for a sweet and pleasant combo that makes me want to sit by the fire and read stories to my children. Now I only need children.

The Double Double Oaked makes, in contrast, for a less pleasant experience. With its even greater viscosity and dominant oak notes it is relatively banal, but stays with you a long time. This bourbon is living proof of a higher age not always leading to a better whiskey.

We get a little bit of allspice, the toffee and caramel turn a little burnt, and the vanilla and leather join forces to stick to your tastebuds, sealing the deal with our Double Oaked. There is a whole lot going on with the fruit notes as well, but I feel like that can only be tasted, not described—at least yours truly is lacking the words here. All the way at the end a tiny bit of banana gets us by surprise.

The finish of the Double Double Oaked comes as a little bit of a relief. Although there still is an undisputable amount of oak in there, we now also have some raisins, caramel, and leather, making the whole experience a bit more interesting, if not worth the price tag.

Woodford Reserve is an interesting distillery to visit and to sample. While I personally do not enjoy some of their creations—the Double Double Oaked can only very seldom be found in my liquor cabinet—, their standard offerings are quite good as sippers. Their Master’s Collection line is also always promising, although to be frank I’ve only sampled one of them. If you want a solid and affordable bourbon experience, get a bottle of Woodford Reserve Double Oaked and enjoy the bounty in taste and texture.

1. I try to keep up as much as possible, but now she works at one of the most famous whiskey shops in Germany, and I doubt I’ll ever catch up now.

2. For more information on this little feud and a history of bourbon in general I suggest Fred Minnick’s “Bourbon: : The Rise, Fall, and Rebirth of an American Whiskey”.